The Pseudo-Exciting World of Being a Las Vegas Photographer 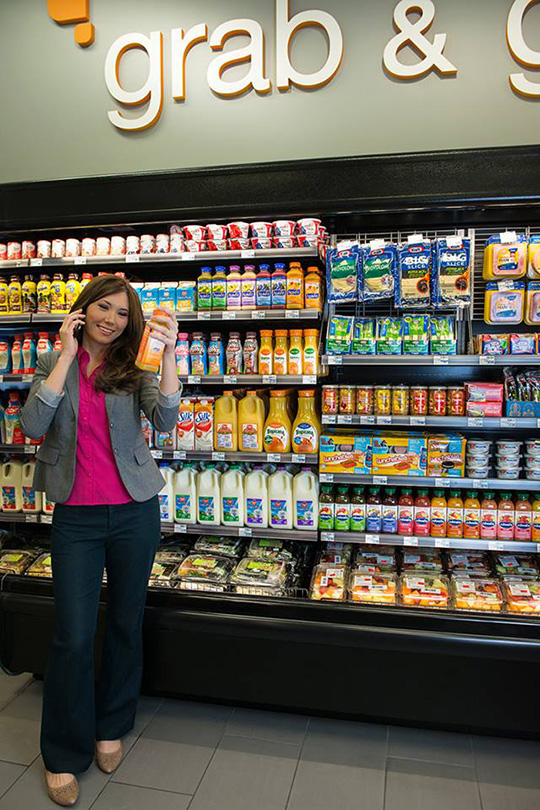 I was doing a shoot this week for the LDI convention here in Las Vegas, where I was shooting footage for their promo material for next year. LDI is the Live Design International show, a convention for the showroom and nightclub industry that is a sensory overload of lasers, spot lights, fog and haze machines, and video wall displays so large that they make your big screen TV look like a postage stamp. Specifically I was shooting an interview with the owner of a company who manufactured commercial road cases to transport and protect important theatrical equipment and electronics. After the interview, someone in the booth said, “You probably get to shoot all kinds of amazing things, being that you live here in Las Vegas!” While there is some truth to that, there is a whole other side to being a professional photographer that most people never see. Every booth is a canvas of light at the LDI 2015 convention in Las Vegas. This photo was shot while working for my other photography business, Las Vegas Corporate Photographers. Details on this coming soon!

While LDI, along with some of the other big conventions I shoot for such as the National Association of Broadcasters or for companies at the Consumer Electronics Show, most of what I do is a lot less glamorous. While today I was getting photos and video footage of laser beams and confetti cannons, earlier in the week I spent two days taking photos of conference attendees of a data analytic conference in a booth with a mock “Welcome To Las Vegas” sign. For 8 hours each day, I said hundreds of times to people, “Hi, would you like to have your photo taken with the Vegas Sign”? So not all convention shoots are equally entertaining from a photographer’s point of view, but at the end of the day my clients were super nice and I met some really interesting people throughout the day, which made the days go by fast. If you’re a model looking for work, there pretty much are just three major cities you’re going to live in…Los Angeles, New York City, and Las Vegas. I work with models all the time and most people think that when I do, it’s all glitz and glamour on the set but usually nothing could be further from the truth. Anyone who reads my blog with any regularity knows I love to do cosplay shoots. It’s my creative outlet in photography that I very much enjoy when I’m not out shooting for my different clients on projects that may not be quite as exciting. In fact, today I’m going to be featured with a photo shoot and editorial on CosplayCulture.com with a Supergirl-themed shoot I did recently with model Leah Gruber to coincide with the premier of the prime time television show. It was a really fun shoot that involved a ton of Photoshop work, which I also enjoyed. You can READ THE FULL ARTICLE HERE and here are a few photos from the shoot: This is what 15 hours in Photoshop looks like. Special thanks to Las Vegas models Leah Gruber, Sean Durand, Jenny Fox, Cherish Stahl, and Sigrid Smith for making this image come together of Supergirl flying over Las Vegas, as seen on the cover of the Daily Planet! I also can’t forget the amazing makup artist, Blue Mitchell, who’s talents were a huge contribution to this project as well.

However most of the shoots I do with models are a lot less exciting. A good example of which is a commercial shoot I did for a client, Hussmann, who manufactures refrigerators for grocery and convenience stores…not exactly the sexiest type of product in the world. They hired me to do a shoot with a model in front of one of their display cases that they planned on using as a large display inside their trade-show booth at a convention they were exhibiting at. I ran a casting call with certain criteria that the client was looking for and wound up booking an outstanding local model, Lesta Isley. We would be shooting in a CVS store, that just so happened to be one of the busiest in Las Vegas, located right on the Las Vegas Strip. Because of this fact, we had to do the shoot very early in the morning so as not to have so many people in the background shopping. We loaded in gear at 4 a.m. and were shooting just an hour later. The client asked for a lot of variety in the photos and angles and since nobody from the company was on set nor had ever been to the location, I had to guess a bit as to what they wanted. We shot in multiple different spots, all requiring lights to be reset and moved each time. Over the course of 90 minutes, we shot 546 photos of Lesta holding bottles of orange juice, cartons of milk, etc., all while she had to make the product look exciting and trust me, making shopping for a carton of milk look exciting is no small feat. The real star though was the refrigerator behind the model though, so lots of product arrangements, angles of shooting, and retouching were needed to make it look as good as possible. Behind the scenes on set of our photo shoot of commercial refrigerators. Shot on location at the CVS Pharmacy on Las Vegas Blvd. in front of the Treasure Island Hotel. The finished photo with model Lesta Isley and the star of the show, a Hussmann refrigerator!

If I have the opportunity to work with a good model, it makes my life so much easier so I can focus on getting the photo as perfect as I can without having to worry about directing a model’s facial expressions or body positions. I did a shoot recently for EagleRider Motorcycles with model Christine Barrett. It was for some flyers they are using for distribution at motorcycle festivals. While I do shoot as a means of making a living for myself and my family, it also has its rewards when I get to see my work published somewhere, even if it’s in the oddest of locations… Here is one of the places that photo wound up…blown up to be four feet tall! Here is another image that I shot and designed that was used by the Las Vegas Bikefest sponsor, EagleRider Motorcycles. Here, Lonnie “Goose” Reed poses with model Christine for a great marketing photo!

EagleRider is one of my most fun clients and I truly enjoy working for them…hell, how can you be in the business of renting Harley Davidson motorcycles and NOT love what you do?! While these types of shoots have better curb appeal for my portfolio, by far the majority of work I do with EagleRider is a lot less glamorous flashy. For years I worked in the world of video production and I’m finding myself returning to that world again as I’m getting more and more requests for my clients to provide quality videography and post production work. So recently EagleRider contracted me to shoot a series of videos for when people reserve a motorcycle rental online. For each of their models, we shot a 4-5 minute video performing a walk-through of the operations of that model bike, safety rules, etc. The shoot didn’t involve girls in skinny jeans or bikini tops, it didn’t have special effects or super heroes. ..it was just a simple instructional video we shot in the lobby of a motorcycle rental location here in Las Vegas. It involved lots of hours sitting in front of a computer editing each video and while very informative and instructional, it is hardly what I would consider worthy of a Golden Globe nomination. So while I do get to have the fun shoots with motorcycles, more often than not the work I do for the same client are probably not what most people think of when they think of what a Las Vegas photographer usually does. Screen shot from an EagleRider orientation video of a Harley Davidson Electra Glide.

Some of the shoots I do may sound a blast to shoot to the average person, but are really quite the opposite when in the trenches. For the last two years I’ve been one of a handful of photographers who shoot the Best In The Desert Vegas to Reno 600 off road race. This is the longest off road race in the United States with hundreds of vehicles all departing from Beatty, Nevada and heading up to Reno. I’m a huge fan of motorsports and I remember when the first time I was contracted to shoot this race, I thought it was going to be so much fun. Well, the truth turns out to be a lot different than I thought. The race starts at 5 a.m., so for me to be in position to start shooting, I had to drive from Las Vegas leaving at 3:30 a.m. and I am SO not a “morning person”. Most people don’t realize it but even in August, the high desert of Nevada can be pretty cold in the morning. I was shivering when the first few vehicles came by and within a few hours, I was pouring water in my hat to stay cool. Also, I’m out in the middle of NOWHERE for hours on end in the blazing Nevada heat hoping not to get run over by an 800 horsepower truck coming right at me in the middle of the desert (I almost got run over three times in this year’s race). Here’s a little bit of what it’s like shooting one of these events throughout the day… There’s nothing like a nice, dusty photo shoot at sunrise! Sometimes I almost think these drivers kick up all this dirt on purpose knowing I’m there with a camera! Desert selfie…ahh, the places I go to get a photo! I have to wear that sexy yellow vest so that the vehicles that come racing at me don’t run me over!

So while most people think that us photographers in Las Vegas are always out shooting showgirls and rock stars, the reality is, we pay our bills shooting things like refrigerators at 5 o’clock in the morning, couples getting photos after their wedding on the Las Vegas Strip, and trade show booths at a data analysis conference. Don’t get me wrong, I absolutely love every minute of what I do as a professional photographer and even during the more uninteresting shoots, I still couldn’t imagine doing anything else. I truly am blessed to be able to make a living as a professional photographer and I realize just how lucky I am to be saying that. Now you’ll excuse me as I have to go pack my gear tonight as I have a photo shoot tomorrow morning… I’m taking photos of some rubber mobile phone cases. 🙂

For more information or to book me for your next photo shoot (even if it doesn’t involve super heroes or showgirls), Please email me at adam@shotbyadam.com or call today at 702-204-1740.