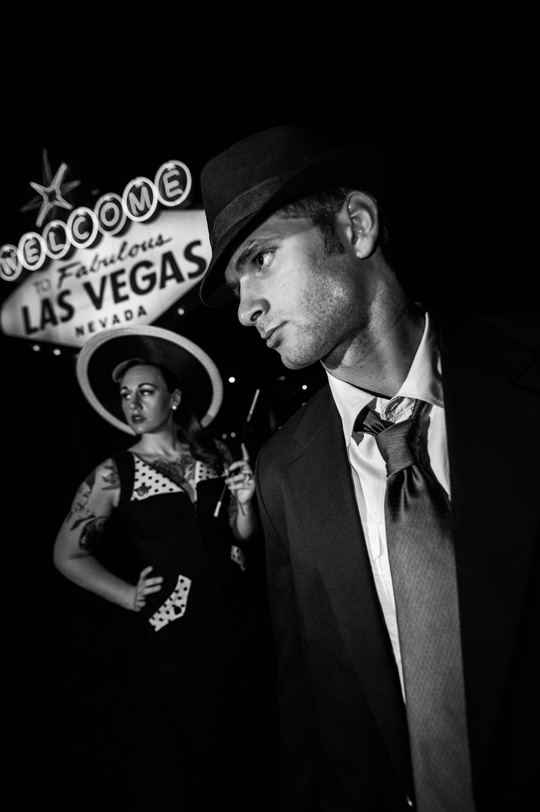 When I was a kid, growing up in Las Vegas during the 70s and 80s was a very interesting experience. One of my earliest memories was sneaking out of my bedroom late at night and watching late-night movies in our TV room long after my parents went to bed. This was the mid 70s and Howard Hughes was in his reclusive state, living in the ninth floor of the Desert Inn hotel that he purchased several years earlier. One of Hughes’ other interesting purchases was the television station KLAS, Channel 8…a CBS affiliate.

Howard Hughes was an insomniac, and often turned to television late at night and was frustrated at the fact that his favorite station didn’t play his favorite movies so he bought the station and turned it into his personal movie theater. Long-time residents of Las Vegas will tell you about how it was a frequent occurrence to be watching a movie only to see it end half-way through and a new movie begin as Howard would call the station, tell them he didn’t like the film, and to start a different one. Sometimes he would fall asleep during a film, wake up after a short while, call the station and have them rewind the film 30 minutes, so anyone watching would have a weird sense of déjà vu. Vegas sure is an interesting place.

One of Howard Hughes’ favorite styles of movie were noir films and he frequently would ask KLAS to play them for him and these were the movies I subsequently watched at 1AM with the volume so low as to not wake my parents in the other room. Just recently, my parents bought our family’s first color television and although most shows did come through in color, I thought it was interesting that there were so many different stylized films in black-and-white that I enjoyed. Much of them involved plots and themes I was a bit young to grasp, yet I really thought were cool. Even at a young age, I was in love with Noir films! So what is “Noir”? While some people think that Noir is a genre of films, it’s more of a style, although there is much debate in film community about this. The term “Noir” comes from the French word for “black film” and the style originates from German cinematography styles of the 30s. Noir films eventually migrated over to the United States where the style is considered to be the home of the mainstream stile of “Classic Noir” films. The Classic Noir era and style is defined as movies made from the 1940s through the late 1950s and typically involve some sort of crime drama. Typical noir themes involve worn out private detectives, femme fatales, insurance fraud, corrupt police, urban settings, women of “questionable virtue”, revenge, down and out writers, and similar themes. Crime and murder are elements in almost all noir films. The first, truly credited Classic Noir style film is The Maltese Falcon (1941) starring Humphrey Bogart as Sam Spade. Directed by John Huston, this paved the way for the entire theme of hundreds of noir films to come. Other Classic Noir films include:

Below is a clip of the opening sequence of A Touch of Evil where Orson Wells mastered his continuous shooting style through a scene (called a Long Shot), a common element in noir films. Here, we see over 3 minutes of filming without even one edit.

Quentin Terantino, a huge fan of classic noir films, employs this same technique in many of his films including this scene from Kill Bill, Vol. 1…

While these were major motion pictures, part of the noir style originates from B-movies and low budget films where directors and cinematographers tried more risky filming techniques. Common visual elements of noir films include outdoor shots in fog and rain, cluttered and gritty detective offices, shadows of window blinds guising the look of characters indoors, shadowy characters lurking in the dark, harsh lighting and off-angle camera shots, faces partially or completely obscured in shadow, black and white photography, and characters smoking (frequently women, as iconized by the famous noir actress Marlene Dietrich). These same themes carried over into what is referred to the Post Classic Era or “Neo-Noir” films as the style picked back up again in the 1960s through to modern day. With the popularization of television, these themes often found their way into prime-time television as well. Post Classic noir films and TV shows include:

Even noir styles made their way into science fiction films such as the classic 1982 Neo-Noir film, Blade Runner.

So with that little history lesson, I wanted to take my own spin on the Classic Noir look but set it in the backdrop of my favorite city in the world, Las Vegas. I certainly couldn’t do it alone though so I was fortunate enough to work with two awesome Vegas models, Destini English and Steven Carron. Together, the three of us hit the steets of Vegas to make our mark on Vegas Noir! While I take photos for people out at the Welcome To Las Vegas sign several times a month, I always envision what it would look like set in the days of the older, grittier Vegas. I’ve been wanting to do this type of shoot there for years, so finally my dream came true when I decided to write this blog entry. Creative lighting techniques were often used in numerous noir films. One my favorites were the iconic shadows through Venetian blinds, which re recreated here. Our first shot in the Downtown area near the Fremont Street Experience. We were packing up gear to head to some of our chosen locations to shoot at when I saw this amazing location. Noir is all about harsh and contrasting light, darker themes, and, of course, smoking (that thing all the cool kids do). Shot at Main Street Station. One of my favorite shots of the evening. Noir is all about mystery and intrigue. Shadowy characters in the background and women of “questionable virtue” for the time. Here, Destini makes an awesome femme fatale! A foggy night in Vegas. Fog and gloomy weather are typical elements of Classic Noir films. Classic Noir films have many common themes, the most common of which is crime and murder. Wielding guns in public is not always the smartest idea, but for the right shot, the risk can be worth it! Gambling and seedy old hotels were frequently used themes of noir films. What better place than Las Vegas to use as our backdrop! We originally had no intention of shooting at this location but when we stumbled upon this great looking spot, the mood just jumped out at me and helped me turn this into one of my favorite photos of the evening.

Interested in booking your own shoot around Las Vegas? E-Mail, call me, or check out my new website for more information!