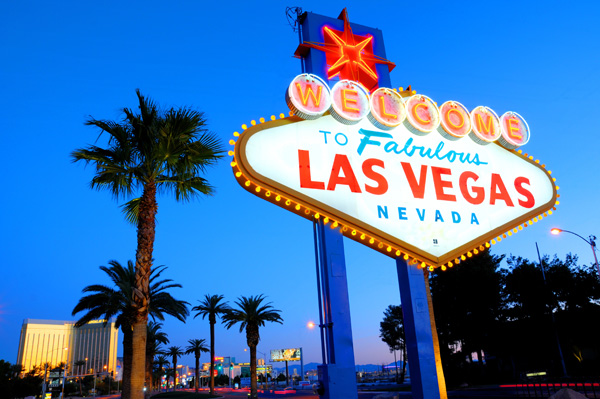 A Vegas native, you’d think that after all these years I’d be used to the heat here? Just yesterday, the Las Vegas Review Journal posted anarticle stating that the recent temperature of 111 degrees has set a new Vegas record. Even though we are approaching September, the heat in Sin City is showing no signs of getting cooler any time soon.

This past weekend I had a very weird experience shooting in the heat that was quite odd. I was on a shoot out at the Eldorado Canyon ghost towndoing a shoot with a lovely tattooed model, Krystal, for a magazine submission (photos from the shoot coming soon to my Facebook Fan Page). Temperatures out there usually parallel the Las Vegas thermometer readings pretty close and it was a real hot one, that’s for sure. Planning ahead, I packed a cooler with several ice-cold bottles of water. When I arrived with the model at around 5 in the afternoon, we did some location scouting and I then began to setup equipment while she went to change clothes. An hour later, I had already gone through two liters of water and I still felt dehydrated so I reached for a third 1-liter bottle and started slamming that one down. We moved on to another spot, did some more shooting, got some great shots, and were moving to another location. I stopped over at my car, changed lenses, and grabbed another bottle of water. Prone to getting headaches from dehydration, I really thought I was doing the right thing…how wrong I was!

I downed bottle #4 and as I started walking, I felt a little dizzy and a little nauseous. I figured I wasn’t drinking enough and was just a little dried out so I setup for the next shoot and waited for the model to come back. I’m standing next to one of my light-stands and I started to feel worse and worse by the minute. Krystal came back and when she looked at me she jokingly said, “You don’t look so hot…you’re not going to die on me, are you?” In that moment, I have to admit, I wasn’t exactly sure how to answer that question! Was I having a heart attack? Was I ill from something I ate earlier? What in the world was wrong with me? I didn’t know what it was, but I knew something wasn’t right. I told her I just needed to sit down for a minute as the heat was probably getting to me. She asked if my car was unlocked and told me to relax for a minute and she’d go get me some water. By the time she returned, i started to feel better. I got up, gladly took the water bottle from her, and started chugging some more.

We started to shoot again and I was feeling just fine. As we were finishing with this set I went from feeling fine to feeling drunk in a matter of seconds. I had difficulty standing, it was challenging just to stay focused and I felt like a truck hit me. We started moving equipment over to our last shoot location and I was really struggling. I managed to pull it together and we did our last shoot with success. Exhausted, I walked back to the car and Krystal was a huge help carrying a few items for me. I loaded up the car and began the 1 hour drive back to Vegas. Ten minutes down the road I started feeling sick again…REAL sick. I was approaching the Railroad Pass casino on I-95 and I pulled into the parking lot. Was I just tired from working a lot of late hours or was it the heat? A million things were running around in my head but I wasn’t feeling all that much better sitting in the car. Trying to think about what my best course of action would be, it hit me. I had a friend who is a retired family doctor so I gave him a call. I explained I was on a photo shoot, it was really hot out and I was doing my best to stay hydrated and I must have gotten sick from the heat so I needed to know what I should do next. I’ve had Heat Exhaustion before but this was very different.

“You mentioned you were drinking lots of water, right” said Dr. Michael. “Yes…I’ve been drinking water like a fish!” “Hmmmmm…how much water and in what period of time?” he said. I told him about 5 liters of water in 2 1/2 hours. “Oh, this is simple, you have water intoxication.” Water intoxication? What in the world is that????  Wikipedia’s reference on the topic states it is “a potentially fatal disturbance in brain functions that results when the normal balance of electrolytes in the body is pushed outside of safe limits by over-consumption of water.” I’ve never heard of such a thing! He went on to tell me that by drinking so much water in such a short period of time, my body didn’t have enough electrolytes in it and that I was putting in way more liquids in my system than it was able to process it out. My stomach was filling up with water and it couldn’t send it out which was causing the nausea. Because of the electrolyte balance it was making me feel sick and causing all the other symptoms too. He went on to tell me that if I was having a serious problem focusing or my words began to slur it could actually lead to serious complications.I wasn’t anywhere near that bad so I asked him what to do next. “Is there a restaurant in the hotel you’re at? If there is, go inside and order a Coke with some french fries.”

Now I’ve heard of odd medical advice before but this one took the cake. “The fries will have lots of salt. You need salt to balance your system which has been sweating it out for the last 3 hours. Normally I’d tell you to drink some Gatorade but you already have way too much fluids in your system so go get a Coke or Pepsi and sip on it…you need the sugar. Just don’t slam it…sip on it, and eat the fries slowly.” he told me. I staggered into the casino and made a bee-line for the coffee shop. As soon as I started munching on some fries I started to feel better almost instantly. A few sips of soda and a bowl of french fries down the hatch, I felt like a million bucks.I called my doctor friend back to tell him the good news and he was glad I was better. He told me next time I’m out in the heat, drink slower and let my body absorb it over time. Chugging tons of water is actually very unhealthy, and also mix it up with some sports drinks too. The electrolytes in them really do help replenish what your body sweats out. At the end of our conversation, he laid this little gem on me…”I didn’t want to tell you this before” he said “but people can actually die from this. Water intoxication can be fatal.” WHAT?! Yep, it turns out he’s right. It turns out he’s correct.

Google shows dozens upon dozens of news articles showing how people have died from this. Some are marathon runners who drank too much water after a run and some are college kids who died over consuming water for radio station contests. When you flood your body with way too much water, to the point where it cannot process it fast enough, it can actually cause brain swelling to the point where it can be fatal. Yep, no joke.

I just wanted to share this odd story with my readers because Vegas can be a very hot place. I’ve lived here for 40 years and I’m still learning how to cope with the dry heat here. For tourists traveling here from cooler climates, it can be a real shock to the system. We still have many more weeks of extreme heat here in Las Vegas so when you’re out and about, remember, it’s very important to stay hydrated properly. While tempting, alcohol actually has the opposite effect and dehydrates you so remember, the free casino drinks and the outdoor heat are not a good mix. If you’re walking around Downtown or on the Strip, be sure to keep a bottle of water with you and don’t do what I did and down bottle after bottle in a short period of time. Your good intentions can actually make you real sick. Remember, too much of a good thing can sometimes be bad for you and water is no exception. So if you’re out in Las Vegas taking pictures, stay cool, stay hydrated, and stay safe!