When people travel to Las Vegas, whether it's for business or pleasure, they often bring a camera with them. There are so many sights to see just on the Las Vegas Strip alone you could fill plenty of digital storage cards for sure. Of all the things people most want to be photographed in front of is the "Welcome To Fabulous Las Vegas" sign which can be found on Las Vegas Boulevard ("The Strip") about a mile south of the Mandalay Bay resort, sandwiched between the Bali Hai golf course and the old east entrance to the McCarran airport. Built in 1959, it is, without a doubt, not only a cultural icon, but a true gateway to the fun and excitement that makes up Sin City. 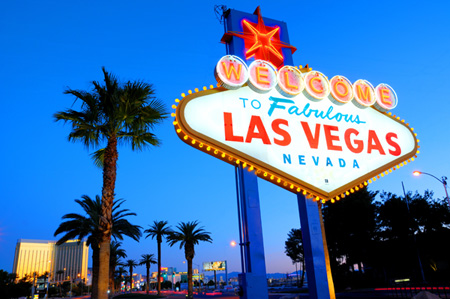 The image above was shot in mid December just after Sunrise. It is a
5-shot HDR (High Dynamic Range) photograph composite and required
many hours of work in Photoshop to remove the numerous power
lines running through the background.

The key to getting a great photo at the Vegas sign comes down to a lot of factors so if you really want to get a shot worthy of hanging on your wall, keep reading! I've been living in Las Vegas my entire life. A Las Vegas native, I remember how difficult it was to actually get to the Las Vegas sign. In 2008, a renovation around the Sign began and in December of 2008, new ground turf was added as well as a parking lot constructed out of the center island in the middle of Las Vegas Blvd. Prior to this, getting pictures of the Sign was a real challenge. You had to either park at the Mandaly Bay convention center to the north or the Jack and the Box to the south and walk about 1/2 of a mile to get to the Sign. There was no real easy way to get there and when you were there, generally the police would often give you grief for being there if they caught you. If you were there doing a shoot, you had to fight with tourists who would drive up, park their car right in the middle of the street, jump out to get a photo and run back to their car before they were caught…hence, the need for a parking lot to alleviate this problem. Generally speaking though, if you got to the Sign in the morning or later in the evening you pretty much had the Sign to yourself.

Today though, you have to be a bit more clever to get a good shot of the Sign because you're competing for time and space with all the other tourists waiting in line to get their photo as well. So here are a few quick tips that will yield you the best results: 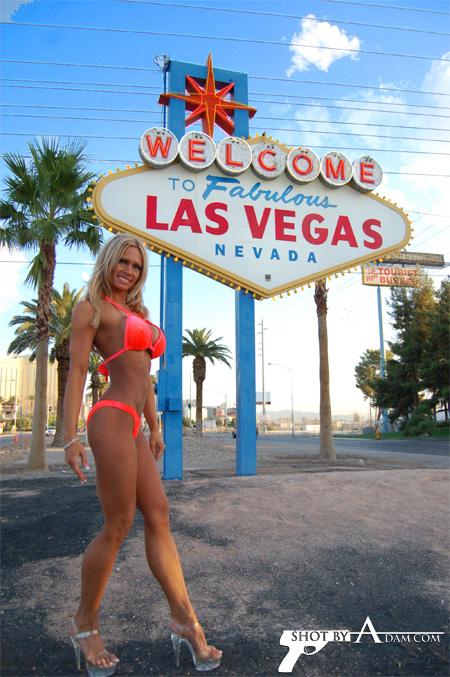 Shot of "fitness Diva" Christi Lee during the renovation period of the
Welcome To Las Vegas sign in November of 2008. Shot was taken at
7AM and the outside temperature was under 40 degrees. In the 15 minutes
of shooting, we heard over two dozen cat calls or car horns and two cars
stopped in the middle of the road to watch.

The last and best piece of advice I can give you when taking pictures out at the Welcome to Fabulous Las Vegas sign is to be patient. If you get there and others are there taking photos too, use the time wisely. When waiting in line, start taking test shots and get your camera settings read so when it's your time, you don't have to mess with your camera while others are waiting on you to get your shot and move along. Preparation is the difference between getting mediocre photos and getting a shot you will be showing with pride to your friends and family for years to come.

If you're coming to Las Vegas and want some awesome photos of your vacation or event while you're here, give me a call to book me as your own "personal paparazzi". Your event lasts but a moment, but your photos last a lifetime! 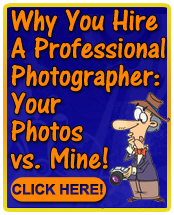 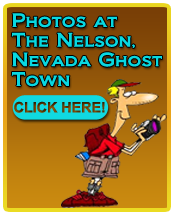 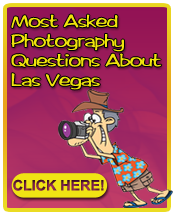 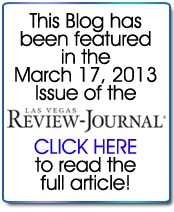