Recently, I was reading a topic written in a photography forum about a photographer's run-in with the local police. The author was ranting that it was inappropriate for the police to stop him based on a building he was photographing. That building was a bank.

The gist of the story was that an out-of-state friend of his was moving to where the photographer lived. His friend worked in banking and had a job setup already in one of the local branches. He wanted to see what the area was like around the bank and what the branch itself looked like. The photographer volunteered to take a few photos of the bank to email to his friend.

Shortly after leaving the property, the police contacted him and asked why he was taking photos of the bank and what he was intending to use them for. Obviously, someone at the bank wrote down his license plate number and phoned the police for suspicious activity. The police were satisfied with his excuse and the issue was dropped. While I do speculate that the photographer was pranked by his friend with such an odd scenario, it did spark quite an interesting debate as to photographic rights. 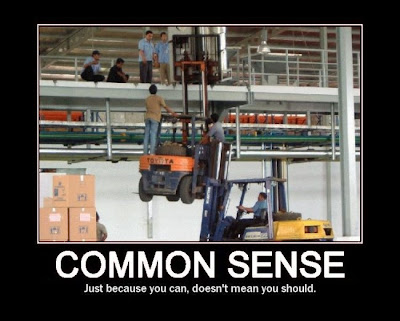 Now that we have discussed what the photographer's rights are, let's talk a bit about the right and wrong of the issue here. While it's factual that the photographer was well within his rights to photograph the bank from the outside, it probably would have been a bit smarter to explain the situation to the bank manager first so that it wouldn't seem suspicious that some strange guy was standing in the parking lot taking pictures of the bank for no reason.

In 2008, The FBI Bank Crime Statistics Report showed that 6,700 banks were robbed totaling losses in excess of $67 million. That's not chump change, and it's no surprise that they take people potentially casing their bank for a robbery very seriously. Obviously, someone, at some point, whether it was a customer, bank employee, or security guard saw this situation as something suspicious. While the intent was harmless, sometimes as photographers we need to be a bit more aware of our surroundings and our place in other people's worlds. So while the photographer had the legal right to do what he did, in my opinion, as the architect for this incident, he didn't really have a right to complain about being questioned about it either. As a photo journalist, it's easy to get immersed into a world where you see everything as a moment in time to capture with a camera. Not everyone shares those beliefs though, and there are many times we need to step back and question what we are doing and how it fits into the lives of other people.

For more information on the legal rights of photographers, here are a few resources every photographer should look at: